A Windmill and Naturalis

Joost and Piet drove us over to a windmill near Aalsmeer called Stommeer (Stom lake). Jan the molenaar (mill man) lives in the mill, runs it part time and works with Joost. Jan told us a lot about the mill, and that since mid 1990s he has restored it and now maintains it. He also belongs to a group which restores mills, and he helped restore another mill, using his 5 summer vacations to do so. 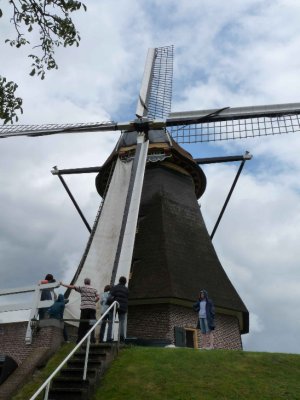 The Stommeer mill is actually a ' composite' mill, it's three parts were made at different times. The base of the mill, the ground it stands on is what the original mill stood on and dates back to 1650. The brick foundation was rebuilt in 1742 and the top two thirds, the part covered by reeds was burnt by a fire in 1919, so the top of another mill was used to replace it.

By the time Jan bought the mill, one of its previous owners had used the wooden mechanism for firewood but Jan has restored it as close to its original condition with a few modern touches. He showed us how a molenaar turns the cap so that the blades catch the wind. 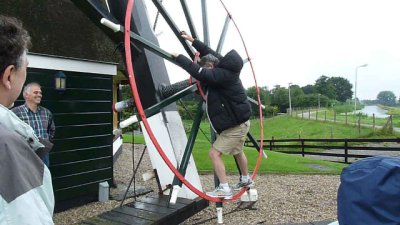 We were taken through the mill to the very top, via five sets of steps. We saw the inner workings and Jan was able to answer all our questions. Then we went back down, had a cup of coffee while we waited for the wind to lift. Jan explained that being near Schiphol airport, he has 2cm thick glass on the inside of the old windows (which Schiphol paid for!) for sound proofing. The pilots use his mill for one of their landmarks and it is also programmed into their flight simulators!

The coffee worked and we went outside and watched as Jan unfurled a sail, climbed half way up the blade, lashed it down as he descended, then went around to the other side of the mill, took the brake off until the blades rotated a quarter turn, then repeated it three times to set up all 4 blades! Phew! A molenaar does this job on his own! The knots Jan uses are simple but strong, so that if the wind is too strong he can quickly undo the rope and furl the sail by one or two thirds.

Time for the brake to come off and it worked of course! The front of the blades look like the front edge of an airplane's wing, and each blade is not flat but has a twist - to maximise the use of even a light wind.

We were all grateful that Jan had opened his home to us and showed us so much. He also played a request for us on the old organ by his front door which was quite appropriate - 'Air' by Bach! 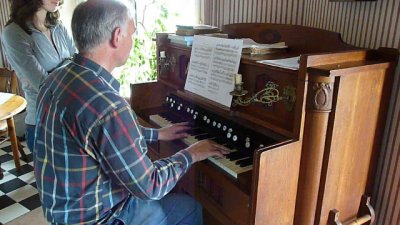 After lunch Joost took us to Naturalis, a very new museum about nature old and new. We explored it until 5:45pm when we were sheperded out. 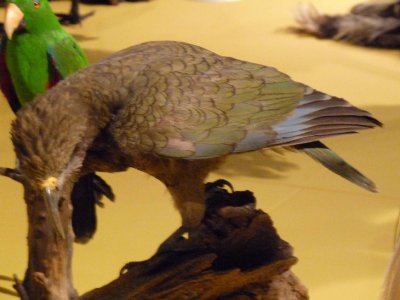 One of the girls spotted a New Zealand kea!

We went to Joost and Lenny's for a lovely greek meal and met Willemijn their youngest daughter. They have one dog Happy and were caring for another Scooter. Jennifer took them for a walk or two. Then it was time for home, we need a few early nights before getting on the plane to fly home. 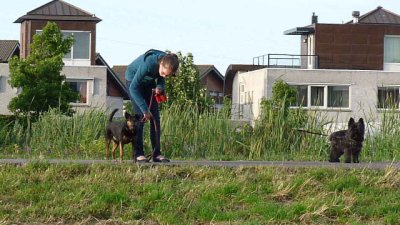