After four days of outings we all had a sleep in and a relaxed breakfast.

After coffee, Piet, Jennifer and Shirley headed off to the optometrist to have Jennifer's glasses fixed. On the Pirana ride at the Efteling Jennifer had momentarily stood up and had been jostled, bumping the side of her face against another person and the frame was a bit bent.

The optometrist was closed for a summer holiday! Just like January in N.Z., smaller business close up for a few weeks. We headed for Vijfmeilaan (5 May Street - commemorates liberation day for Netherlands) and the lady at the optometrist there reshaped Jennifer's spectacles in a few minutes.

When a new suburb is formed here in Leiden, all the street names have a theme. In the Stevenshof, names of significant people are used, in another suburb we saw gemstone names, and there is a suburb with famous composers!

In the afternoon we explored the Glaswinkeltje - the little Glass Shop, and Rosemary was allowed to take some photos. 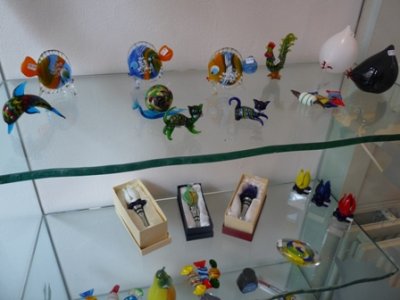 As Piet drove home, he took us to the new wijk subdivision where their new apartment will be built. The whole area has a certain architecture design to it with curves. 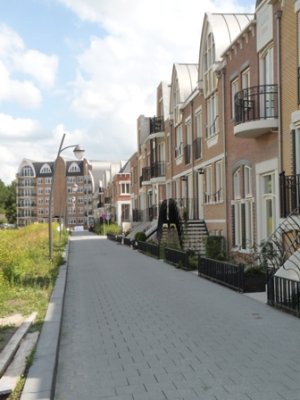 In the evening Frans dropped by and returned the Phase Ten game the girls had left behind. It was nice to see him again.