Shifting and Visiting and Discovering

In the morning Chris and Shirley cycled to the Haarlemmerstraat, one of the main shopping streets in Leiden. On the way we passed a couple of interesting sights.

Moving house in the Netherlands can be challenging when most houses are 3-4 stories with narrow staircases. The solution is to bring the furniture in through the second and third floor windows. 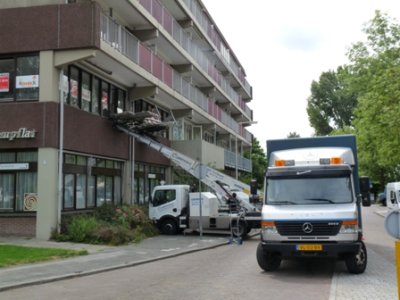 Moving house, dutch style, using a conveyor to lift household contents in and out of an upstairs window

Traffic is generally more patient and better behaved in the Netherlands, compared to New Zealand. And today the cars had to be extra patient for this road user... 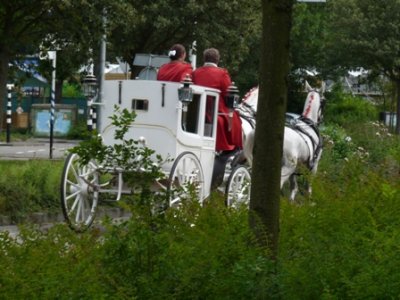 In the Haarlemmerstraat we came across a genuine dutch barrel organ playing in one of the main shopping streets of Leiden in the city centre. They are amazing musical visual and audio entertainment, playing old and contemporary music. There are mobile organs on wheels, or larger ones which have huge facades used for fairs and dances. 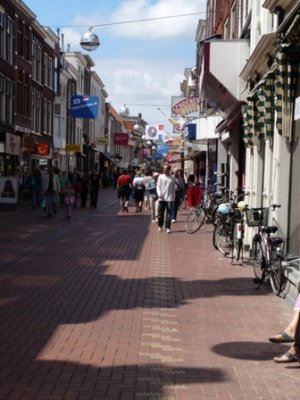 Harlemmerstraat, one of the main shopping streets in Leiden 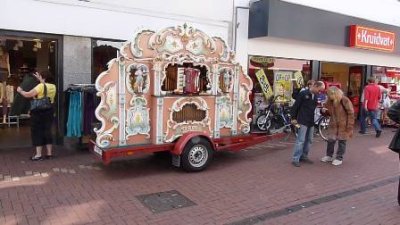 A traditional dutch barrel organ in the Harlemmerstraat, Leiden

In the afternoon, Ruben (cousin) picked us up and we met Oom Koos, Cintia, Simon and Kevin at the Zijlpoort cemetery. There are several family members buried here as well as a family grave. After a walk around the plots in the sunshine, we drove through the streets where Shirley´s mother and siblings grew up, went to school and church before heading to Oom Koos and Tante Toos' for afternoon tea. Sabine and Madelon were there too. The girls enjoyed catching up and watched TV. 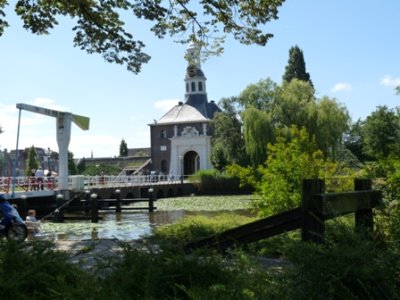 The Zijlpoort, one of the original gates to the old city of Leiden

At 4:30pm, Ruben, Oom Koos, Chris and Shirley drove back to St Joseph's church which is opened for a 5pm Polish Mass each Saturday. We took photos inside and Oom Koos thought Shirley's mother was baptised at this church. Oom Koos asked a priest if it would be possible to look in a register for the year and he obliged. We were shown to the room which is also used for the Mass creche and shortly the priest brought a register. We looked up the birthdate for Shirley's mother and found an entry for her which confirmed her baptism and marriage at St Joseph's church. 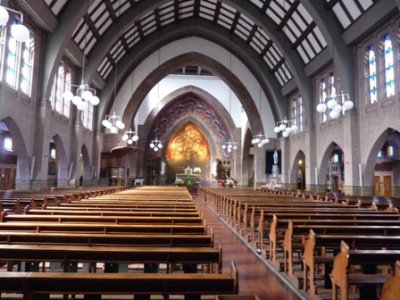 Inside St Joseph's Kerk, where Shirley's mother went to church before she emigrated to New Zealand

After a few more photos we headed back for dinner, looked through some old family photos, and then dropped home after 9pm.