Today we got the seven bikes out of the shed and cycled through Stevenshof (a suburb of Leiden) towards Wassenaar to look at a very big garden centre called Bosrand. There were so many plants, a lot of which we see in New Zealand, but also others which are European. There was also a large section for pets and household linen. The orchid selection was bright and colourful. 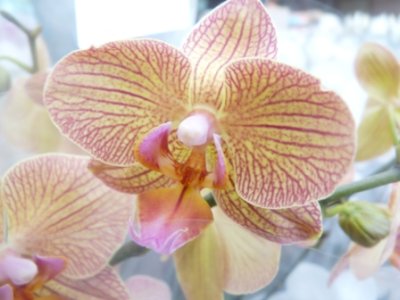 We cycled back home via Voorschoten and after dinner hopped on the bikes again and headed for the centre of Leiden to watch the Boat Parade which celebrates the opening of the Lakenfest. It is an annual summertime festival in Leiden with many activities planned for the next few months. It is similar to the Summertimes Festival in Christchurch. 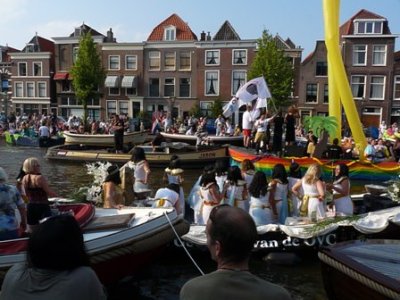 A few entries in the Boat Parade

There was a competition for the best entry, which included a fire engine, police car, wedding cakes, and several large boats with very loud sound systems. It was a very festive evening, and afterwards we cycled to Petra (Anita's sister) and Jan´s house for drinks and supper. It was such a balmy night we sat outside until after 11pm, and cycled home in the dark at 11.30pm.