Boat tour and walk around Leiden

Our first whole day in the Netherlands. We had a relaxing morning and then biked into the centre of Leiden, and walked around the northwest corner of the city.

After walking through RembrandtPlaats, an area dedicated to Rembrandt, we crossed the Rhine and saw our first windmill in Leiden called "de Put". 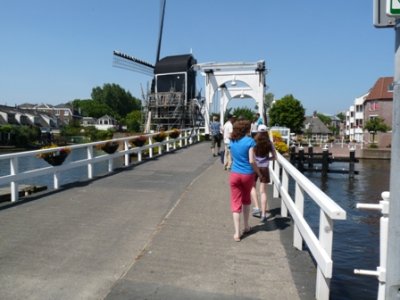 We walked past new and old buildings, canals, cobbled streets and saw bikes everywhere! We walked through one of the two remaining gates to the old city, which have been restored. 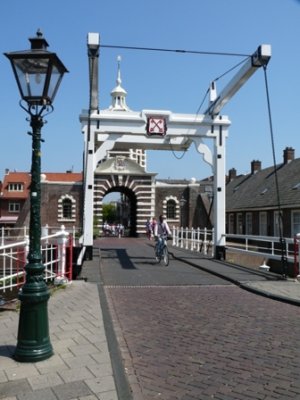 One of the gates, the Morspoort

We took a boat tour around the canals in glorious sunshine. We had to keep our heads down because some of the bridges were very low and there was just enough room for the specially designed boat to get under.

Cool! Wish I could go there...