We were all up early, breakfast table had been set the night before and the bread rolls had been prepared last night too!

Karen and Arjen arrived and we bundled into two cars. First stop, the car pool park at Zoetewoude to pick up Madelon. Chinese fire drill time - Chris hopped in with Ruben and Cintia, Simon and Kevin. Rosemary and Emma went with Arjen and Karen. Jennifer and Madelon sat in the back row with Piet, Anita and Shirley. We set off convoy style and arrived at 10am. As we arrived we were overtaken by Petra, Jan, Vincent and Kelly in their campervan, so we all went through the ticket booth together.

The Efteling is the top fun park in the Netherlands and has developed over the years based on the famous artist Anton Pieck's work.

After a group photo we headed to Fata Morgana for a tame ride, then the Bob Sled which got the adrenalin pumping a little, and then the Flying Dutchman. Aaarggghhhh! All 18 of us managed to get through the rides and then we split up.The wilder bunch headed for the Python (roller coaster ride with two loops and a double cork screw!) and the more sedate escorted Rosemary around the Sprookjes Bos (where lots of fairy tales are displayed with some action feature). 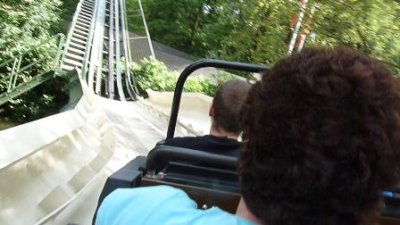 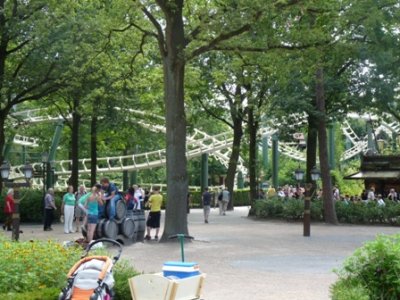 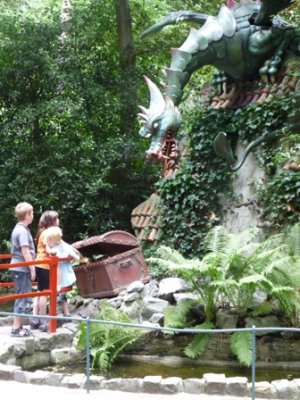 Dragon protecting his treasure chest, in the Sprookjes Bos, Efteling

We met for lunch and then split up again meeting at 4 o'clock to go up on the Pagoda for a look around. The Pagoda is probably one of the gentlest rides, and yet the most spectacular view. You sit around the edge of a pagoda which is gently lifted high in the sky and rotated 360 degrees so you get a view of the whole of the Efteling and the countryside for miles around. 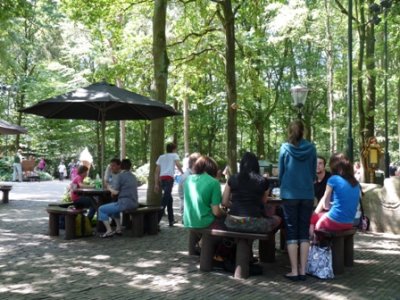 Having lunch at the Efteling. One of the things you notice about the Efteling, compared to Disneyland, is the extensive landscaping and use of mature trees, which provide great shade in summer. 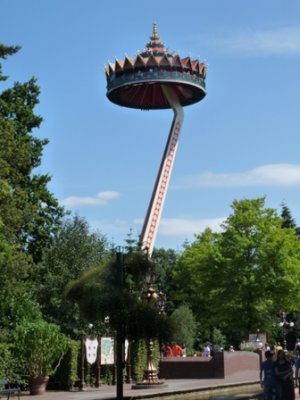 The Pagoda ride at the Efteling

Then we all headed off to the DroomVlucht then split up until 6.30pm when we met for dinner together. The DroomVlucht, like a number of other rides, takes you on a gentle journey through darkened rooms full of beautifully crafted, animated and lit displays. The DroomVlucht, or "dream flight" takes you through scenes of fairies and castles in the sky. 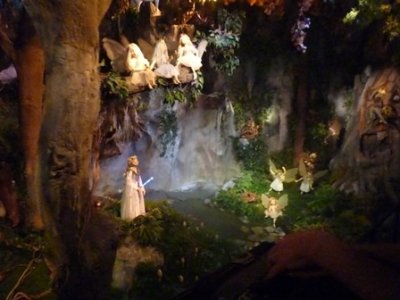 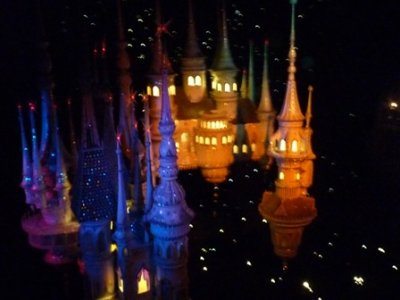 Castles in the sky in the DroomVlucht ride, Efteling

Once again, we split into smaller groups to squeeze in as many rides as possible before closing time at 9pm. Last minute purchases were made at the souvenir shop before we all got into our cars and headed home, weary but happy after a great day with warm weather and good company. 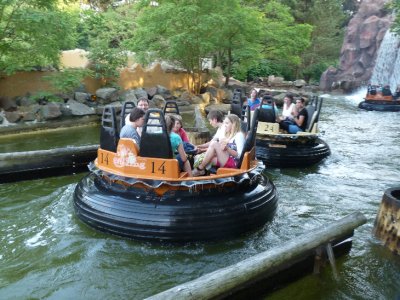